Customized version of SNK’s Kyo character, for MUGEN 1.0; featuring details and moves from a variety of his video game appearances. The gameplay system is “PotS style”, the gameplay system pioneered by Phantom of the Server, which features gameplay mixed from several different games, including CvS2, KOF, SFA3 and SFIII.

Includes three modes: normal mode, based on his moveset from CvS2/KOF98; Kusanagi mode, which uses Kyo’s pre-KOF96 moveset (but includes a few nods to Kyo-1 as well); and EX mode, which is based primarily on Kyo’s moveset from KOFXI, with a few extras. 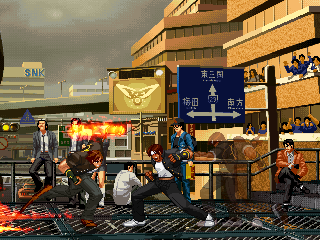 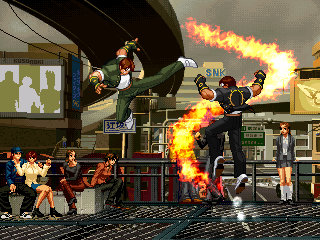