Customized version of Capcom’s Ken character, for MUGEN 1.0; featuring details and moves from a variety of his video game appearances. The gameplay system is “PotS style”, the gameplay system pioneered by Phantom of the Server, which features gameplay mixed from several different games, including CvS2, KOF, SFA3 and SFIII.

This character also features an intro with vyn’s cvsxterry. A patch to add this intro to his Terry is available here.

Violent Ken mode has an intro with Vega by Phantom.of.the.Server; a patch to add that intro to Vega is available here. The same intro is also compatible with Froz’s Master Bison; a patch for that version of the character is available here.

This character had a few other preexisting intros with various characters, but they may have been broken after the most recent update. The following are patches to apply to those characters to fix their intros to work with the updated version of Ken: Sean by Victorys, Robert by ChazzaNova, Terry by CrazyKoopa. 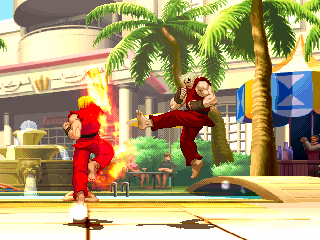 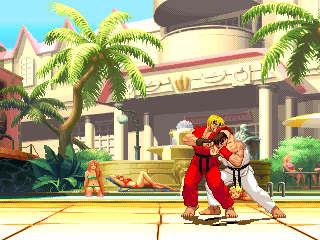